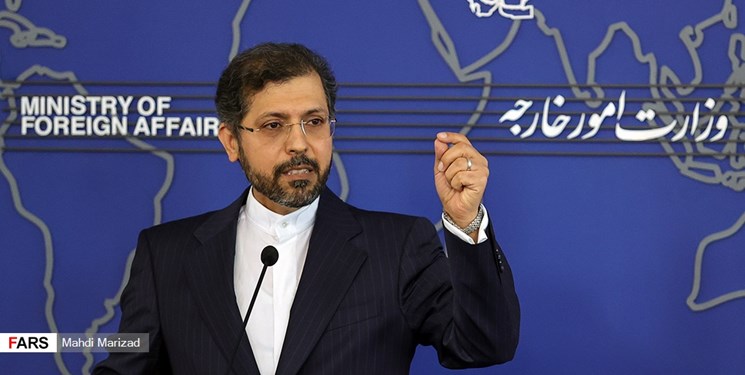 Khatibzadeh: The founders of the resolution are responsible for its consequences / Iran's response is decisive

The spokesman for the Ministry of Foreign Affairs stated that the founders of the anti-Iranian resolution in the Board of Governors of the International Atomic Energy Agency are responsible for the subsequent consequences, adding: "Iran's response is decisive and proportionate."

According to Fars News Agency's Foreign Policy Group, Foreign Ministry spokesman Saeed Khatibzadeh reacted to the adoption of the anti-Iran resolution proposed by the three European member states of Borjam and the United States to the IAEA Board of Governors and announced: The United States and three European countries are working to advance A resolution resulting from miscalculation and misinformation against a country with the most transparent peaceful nuclear program in the world put its short-sighted intentions beyond the Agency's credibility.

He stated: The founders of this resolution are directly responsible for the subsequent consequences.

A spokesman for the diplomatic corps added: "Iran's response is decisive and proportionate."